Why Does My Dog Roll in Stinky Stuff? 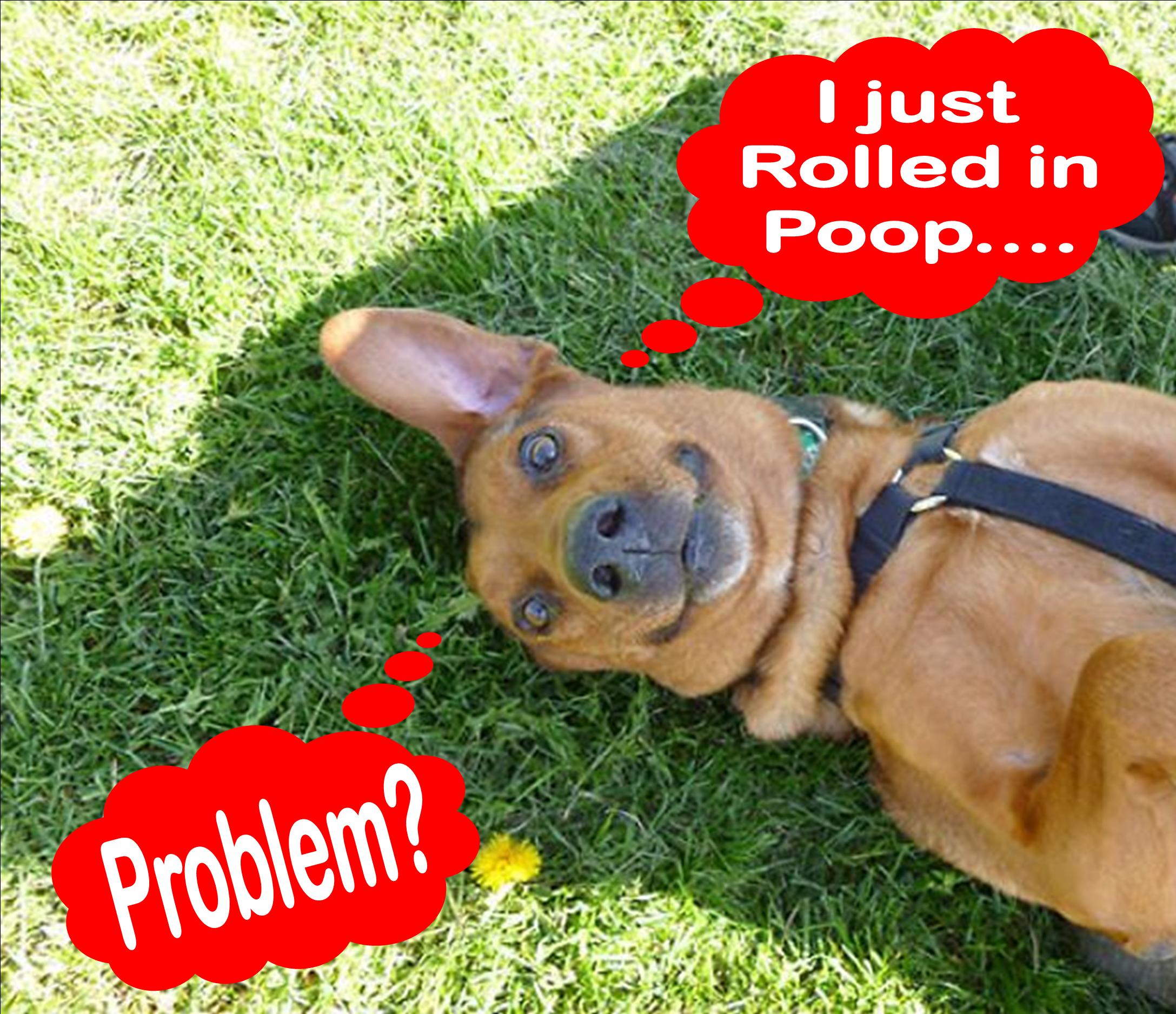 Gross! My dog just rolled in something smelly and disgusting!

Dogs delight in rolling in the most repulsive stuff such as deer droppings, cat excrement, raccoon poop, spilled oil, a dead squirrel in the road and similar decaying debris. In other words, it’s not just poop that they like to roll in…it seems that anything nasty or rotten will do.

To make matters worse, the urge to roll seems strongest just after a bath leading to the question, “Do they like to smell putrid?”

A dog’s sniffer has many more olfactory receptors than a human nose but it doesn’t mean he has better judgment of what smells good. What smells wonderful to him might be obnoxious to us but, by the same token, our favorite lotion or perfume might send him running for the hills.

My Border Collie’s favorite foul target is raccoon poop. Bliss will joyfully push his shoulder into the glob and then flop ecstatically onto the ground.  He seems to angle himself so that he can get his shoulder right into the smelly midst.

Why do they do this? 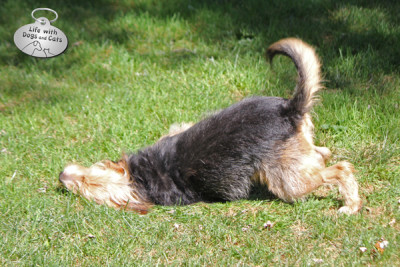 No one really knows. There is no hard scientific evidence, only theories. Behaviorists believe that your dog’s wild ancestors used this tactic to mask their scent to help them sneak up on prey. Plus bringing the scent home to the pack could indicate a food source worth pursuing.

Most dogs roll at one point or another, some to a greater extent than others.  It is part of being a dog.

Rolling around in smelly things is a natural, normal thing for a dog, and no matter how much you dislike it, it should not be punished.

So what should we do or not do?

As a San Antonio dog trainer, I do not want to “fix it” since rolling is instinctive behavior. In my opinion, we’re not going to change the practice. It’s like trying to take the herding out of a herding dog. What you want to do is discourage and redirect. 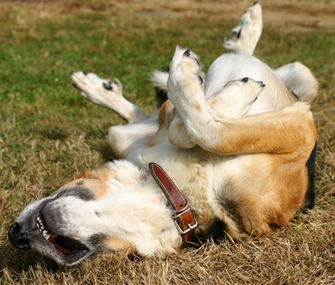 Discourage with a strong “leave it” command and by keeping your dog on a short leash if the risk is high.  Redirect with a squeaky toy or retrieving ball.

Hopefully, understanding that your dog is not being disobedient but only responding to an age old call of the wild will ease your frustrations as you bathe off his fragrance of choice, replacing it with your favorite bubblegum-gardenia scented doggie shampoo.

Start building a better communication and relationship with your dog!